Theme: Understanding the brain functions at a fundamental level

Clinical Psychologists conference is based on the theme “Understanding the brain functions at a fundamental level.”

With so many people all around the globe trying to understand the brain functions and its psychology at a fundamental level and applying it to the Healthcare aspect, this is one of the great opportunities to gather and share the knowledge collectively through individuals from different universities, associations, medical centers, etc. The Neuroscience 2020 at Tokyo, Japan will communicate, coordinate, disperse information with recurring patterns and potential investigators and get name affirmation at this 2-day event. Broadly acclaimed keynote & plenary speakers, the most recent frameworks, methodologies, and the most current updates in the Neurology and Psychology fields are indications of this conference.

Neuroscience 2020 aims to bring together Neurologists, Psychologists, Professors, Researchers, as well as students and all the people who are trying to understand the brain functions and psychology from around the world, providing them with a platform to discuss the various new and innovative. This year's conference will provide a foundation for networking with eminent personalities.

Clinical Psychology is something that deals with the assessment of human abnormal behavior and its treatments. The common method of treatment for this type of abnormal behavior is Talk therapy or Psychotherapy which was first developed by Psychoanalyst Sigmund Freud; he was the first one who focused that mental illness can be treated with talking to the patients.

Educational Psychology deals with behavior of a person during learning process from a cognitive aspect. Educational psychology helps the teacher to understand the development of his pupils, the range and limits of their capacities of learning. Its works by incorporating other branches like Developmental Psychology, Behavioral Psychology  and Cognitive Psychology.

Experimental Psychology involves the fact based aspects. It establishes  the relationship between the activities of the brain and our behavior. Most of the experiments conducted in this area are done in Laboratory under controlled conditions. It also deals with hypothetical questions.

25th World Congress on Neurology & Neuroscience was organized during June 18-19, 2018 at Dublin, Ireland With the support and contribution of the Organizing Committee Members, we successfully hosted the event at the conference venue.

Firstly we must thank you for trusting us and participating at Neuroscience Congress 2018, a global platform to discuss various important aspects of Neurology and Neuroscience.

The conference was marked by the attendance of young and brilliant researchers, business delegates and talented student communities representing more than 30 countries, who have driven this event into the path of success.

The conference was organized around the theme “Novel Therapies in Neurosciences and Neurological Disorders”. The event implanted a firm relation of upcoming strategies in the field of Neurology with the scientific community. The conceptual and applicable knowledge shared, will also foster organizational collaborations to nurture scientific accelerations. Hilary McDonagh , Sligo College of Further Education, Ireland was the moderator of Neuroscience Congress 2018. We are much thankful to Randall E. Merchant for his great support and help.

Conference series LLC offers its heartfelt appreciation to all the Organizing Committee Members, Chairs and Co-chairs, Speakers, Students, Media Partners and Editorial Board Members of Journal of Neurology & Neurophysiology, International Journal of Neuro-rehabilitation and Journal of Neurological Disorders who supported the conference in every aspect for the awe-inspiring exhibition at the venue.

We are also obliged to various delegate experts, company representatives and other eminent personalities who supported the conference by facilitating active discussion forums. So as continuation of Neuroscience Congress 2018, we would like to heartily invite you to our upcoming 3rd International Congress on Neurology & Psychology scheduled October 22-23, 2020  We look forward to seeing your benign presence with active contribution and support to make this event successful once more.

Neuroscience is a branch of science that involves various methods to measure and image the brain activity. Neuroscience is a subject focusing on molecular, cellular, developmental, structural, functional, and medical aspects of the nervous system. The constant evolution of neuroscience research is due to the advancements in other branches like medicine, Pharmacy, biology, biomedical Engineering.

Neuroscience largely relies on various devices to collect information regarding the brain like pathophysiology of different neurological disorders as such Alzheimer’s, dementia, stroke, migraine, Parkinson’s diseases, brain tumors and other traumatic disorders of nervous system.

These devices consist of different instruments that are required for neuroscience-based experiments. Various types of electrophysiology instruments and imaging instruments are utilized to map the brain and examine the brain activity.

The global neuroscience market size was valued at US$ 26,593 million in 2017, and is expected to witness a compound annual growth rate of 3.9% over the a period of 2018 – 2026. The major reason for this steady growth is the increase in the prevalence of neurological disorders resulting in the high demand for medical diagnostics, understanding of pathophysiology for better treatment which in turn boost the demand for neuroscience devices.

According to World Health Organization (WHO) 2016 report, nearly 6 million people die due to stroke every year and around 80% of these deaths occur in low and middle income countries. Moreover, over 50 million people suffer from epilepsy and 47.5 million people from dementia, with 7.7 million new cases, annually worldwide. 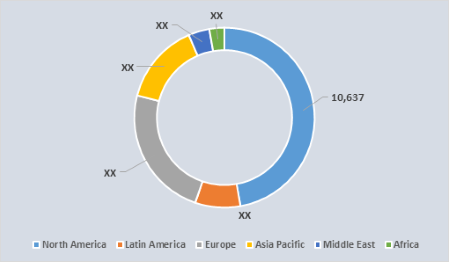 It has the largest share in 2016 as regional market. The major factors that are attributed to this large share are presence of adequate number of neuroscience-based research facilities, which are being funded by government & other organizations, and availability of well-developed healthcare systems along with the increases prevalence of Neurological disorders in this region. North America’s market is also influenced by the presence of several organizations, universities, and institutes that are engaged in undertaking various initiatives to accelerate R&D in neuroscience space in the U.S., as well as in Canada.

With chain and Japan being on the top, Asia Pacific is the fastest growing regional market due to the constantly improving healthcare system and presence of significant target population in the region. Moreover, expansion of brain-related research focused facilities that are located.

In August 2017, a new facility called “HUST-Suzhou Institute for Brainsmatics” was opened in Suzhou, China. It is a brain-imaging factory that holds 50 automated machines for brain mapping unlike other laboratories that hold one or two brain-imaging systems. Such expansions in the Asian countries are certainly expected to foster the growth of this regional market at a noteworthy pace throughout the forecast period. 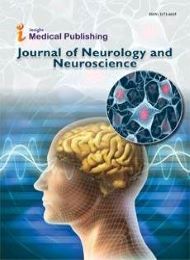 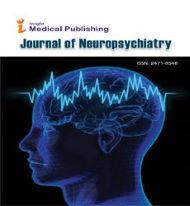