On behalf of Organizing Committee we are delighted to invite the experts in the Field of Neurology and Psychology from around the globe to “2nd International Conference on Neurology and psychology” scheduled during November 18-19, 2019 at Rome, Italy.

The conference aims at gathering all research scholars, scientists, students, working professionals in the field of Neurology and Psychology to explore the theme of Neurology and Psychology in 21st Century. Neuroscience 2019 will be having a wide range of scientific sessions composing of Keynote Lectures, plenary sessions, Poster presentation, Workshops and product exhibitions

It is a platform that provides an ideal combination of excellent science, an open atmosphere and allowing attendees and speakers to easily focus on academic exchange of ideas and authoritative views which covers the entire spectrum of research in neurology and psychology.

For over the centuries neurology has remained as one of the most complex branches of science. Ever since Edward Flatau published his Atlas of the Human Brain and the Course of the Nerve-Fibres in 1894, many neurologists have worked their way in better understanding of how brain and the nervous system works.

Conventionally, the role of neurologists had been patient consultation and referring to physicians. However this scenario has been changed due to the 3 major developments in science

Still there are certain neurological and psychological diseases that need to make progress.With so much developments and discoveries making every day, there is a great need to sharing of the knowledge.

Clinical Psychology is something that deals with the assessment of human abnormal behavior and its treatments.The common method of treatment for this type of abnormal behavior is Talk therapy or Psychotherapy which was first developed by Psychoanalyst Sigmund Freud; he was the first one who focused that mental illness can be treated with talking to the patients.

Educational Psychology deals with behavior of a person during learning process from a cognitive aspect. Educational psychology helps the teacher to understand the development of his pupils, the range and limits of their capacities of learning. Its works by incorporating other branches like Developmental Psychology, Behavioral Psychology and Cognitive Psychology.

Experimental Psychology involves the fact based aspects. It establishes   the relationship between the activities of the brain and our behavior. Most of the experiments conducted in this area are done in Laboratory under controlled conditions. It also deals with hypothetical questions.

The market analysis of neurology represents the largest market in the medical sector. This estimated market analysis is based on the probability of approval and sales of products in late stage development, demographic trends, and marketing of the product.
As per the BCC report, the global market for neurological disease treatment and medication was worth $12.6 billion in 2006 and will reach $14 billion by 2007. At a compound annual growth rate (CAGR) of 11.6%, the global market has reached a worth of $24.3 billion by 2012. Global neuroscience industry demand was worth USD 24.09 Billion in 2013 and is anticipated to reach above USD 30.80 billion by 2020.
Estimated annual economic costs of anxiety disorders, depression and schizophrenia are $47 billion, $44 billion, and $33 billion per year respectively. Medications for multiple sclerosis are just over 35% greater than the market share of medication for Alzheimer's disease.
Drugs for multiple sclerosis, Alzheimer's disease, and Parkinson's disease control approximately 99% of the total market share.  As AD drugs become more prevalent, the shares of the market could change dramatically.
25th World Congress on Neurology & Neuroscience was organized during June 18-19, 2018 at Dublin, Ireland With the support and contribution of the Organizing Committee Members, we successfully hosted the event at the conference venue.
Firstly we must thank you for trusting us and participating at Neuroscience Congress 2018, a global platform to discuss various important aspects of Neurology and Neuroscience.
There are infinite reasons to extend our gratitude to you for making the Neuroscience Congress 2018 outstanding conference. We couldn't have done it without your continuous support and believe towards our organization, which mutually made to achieve Neuroscience Congress 2018 new height in the field of Neurology and Neuroscience.
The conference was marked by the attendance of young and brilliant researchers, business delegates and talented student communities representing more than 30 countries, who have driven this event into the path of success.
The conference was organized around the theme “Novel Therapies in Neurosciences and Neurological Disorders”. The event implanted a firm relation of upcoming strategies in the field of Neurology with the scientific community. The conceptual and applicable knowledge shared, will also foster organizational collaborations to nurture scientific accelerations. Hilary McDonagh , Sligo College of Further Education, Ireland was the moderator of Neuroscience Congress 2018. We are much thankful to Randall E. Merchant for his great support and help.
The conference proceedings were carried out through various Scientific-sessions and plenary lectures, of which the following Speakers were highlighted as Keynote speakers Patricia A. Quigley, Nurse Consultant LLC, USA; Char-Nie Chen, Chinese University of Hong Kong, Hong Kong; Natallia Halinouskaya, Gomel State Medical University, Belarus;  Gabriele Saretzki, University of Newcastle upon Tyne, UK; Hebah Hefzy, Henry Ford Hospital, USA; Kiti Muller, Nokia Bell Labs Research, Finland; Kelly Flowers, University of Florida, USA; Anna Lou Olivier, São Paulo University, Brazil, Randall E. Merchant, The Virginia Neuroscience Initiative, USA; Rina Aharoni, The Weizmann Institute of Science, Israel, Hilary McDonagh, Sligo College of Further Education, Ireland. The conference witnessed an amalgamation of peerless speakers, Keynote speakers, well-known researchers and delegates who enlightened the crowd with their enviable research knowledge and on various alluring topics related to the field of Neurology through their fabulous presentations at the podium of Neuroscience Congress 2018.
Conference series LLC offers its heartfelt appreciation to all the Organizing Committee Members, Chairs and Co-chairs, Speakers, Students, Media Partners and Editorial Board Members of Journal of Neurology & Neurophysiology, International Journal of Neurorehabilitation and Journal of Neurological Disorders who supported the conference in every aspect for the awe-inspiring exhibition at the venue.
We are also obliged to various delegate experts, company representatives and other eminent personalities who supported the conference by facilitating active discussion forums.So as continuation of Neuroscience Congress 2018, we would like to heartily invite you to our upcoming 2nd International Congress on Neurology & Psychology scheduled November 18-19, 2019 Rome, Italy. We look forward to seeing your benign presence with active contribution and support to make this event successful once more. 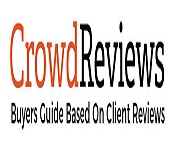 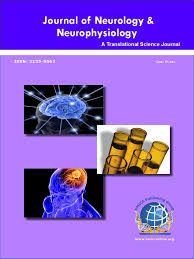